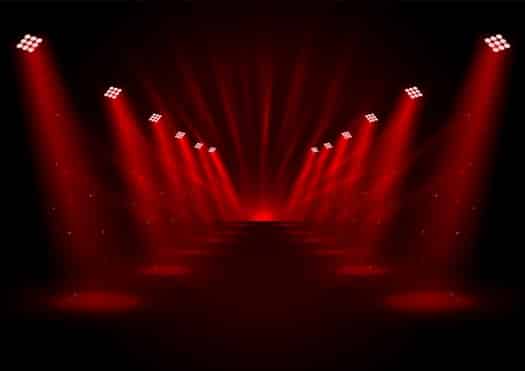 There are things bed bugs don’t like. Repelling them from your bedroom is fundamental to getting a good night’s sleep. So, it would be ideal if something as simple as color could keep bed bugs away.

Bed bugs prefer red and black. Males have a stronger attraction to red and black than females, who sometimes prefer lilac and violet. They’re attracted to black since it’s the color of dark cracks and crevices. And red is the color of bed bugs, so preference encourages aggregation.

Even more importantly, you can repel bed bugs with colors like yellow and green. These colors remind them of sunlight and the outside, both of which they want to avoid at all costs. Using these colors in your house or apartment could be key to getting rid of your bed bug infestation.

Do Bed Bugs Have Favorite Colors?

It might sound silly at first, but bed bugs do have favorite colors. They have colors that they prefer and colors that they hate. Also, their color preferences can change as they grow older.

The remarkable discovery that bed bugs prefer certain colors came back in 2016. A team working on a paper for the Journal of Medical Entomology wanted to test an idea they had, that bed bugs might prefer feeding (or abstain from feeding) in response to certain colors.

The idea has precedent. Insects use color as a visual cue for lots of things. Searching out places that are the right color helps them identify where to lay their eggs. They also use color to find mates. The scientists wanted to see whether that applied to bed bugs and feeding, too.

It was easy for the scientists to test which colors bed bugs like. They kept the bugs in small containers and deprived them of food. They used others that had been fed one or two days before, to compare their behavior.

They then put each group of bed bugs in a Petri dish which contained various colored cards. The cards were black, lilac, violet, blue, orange, red, and green.

The papers were shaped like tiny tents, and the point was to see where the bed bugs would choose to hide and set up a harborage. Scientists found that:

This all might seem random. But the scientists think that it’s due to how a bed bug’s eye developed. Bed bugs have compound eyes, like other insects. These are eyes that have hundreds, even thousands of lenses whereas we have just one.

As they get older, each lens becomes bigger, and they develop more and more. They’re therefore able to see better.

From the tests above, bed bugs have three clear favorite colors. These are orange, red, and black. These favorite colors were tested in various ways. For example, bed bugs by far preferred to lay their eggs in the red harborages.

It’s thought that bed bugs can’t tell the difference between red and black. Their sight isn’t very well developed. They could like both red and black because both appear dark to bed bugs.

Alternatively, think for a second. What color are bed bugs? It’s possible that they like red because bed bugs themselves are a reddish-black color. Their preference for red would, therefore, help them aggregate in one particular harborage.

Nymph bed bugs don’t prefer any colors. According to the paper, when they’re young, their eyes are so undeveloped that they’re likely color blind.

Do Male and Female Bed Bugs Like Different Colors?

Why females prefer these lighter colors while males prefer darker ones isn’t clear. It could be because females have to travel more than males. When they start to lay eggs, the females venture off in search of a new harborage location. Males never have to do so.

Females will avoid any new harborage that appears red. That’s because existing infestations have a red color. Bed bugs themselves are reddish brown after they feed, and drops of blood and feces add to the general redness. Females search for uninfested locations, so avoid red.

Not only that, but mixed groups preferred different colors altogether. Diverse groups preferred red harborages, but rarely chose black harborages. It’s unclear why this is the case, considering that cracks and crevices are typically black.

Are Bed Bugs Attracted to Colors After They Feed?

The study above makes it clear that bed bugs prefer certain colors after they feed. These colors are different from the colors they like before they feed. After they’ve fed, bed bugs prefer orange and violet. The authors of the study state that the reason why is unclear.

What makes more sense is what bed bugs prefer before they feed. For starved bed bugs, the color of a harborage doesn’t seem to be very important. That’s because when they’re hungry, they leave their harborage to search for a host.

When searching for a host, they don’t want to find a harborage. They want to find you. So, instead of searching out for different colors, they search for signs of a host like carbon dioxide and body heat.

The above study didn’t look at every color on the spectrum. You might think that that limits what the paper can tell us. But the scientists made a choice to not look at certain colors because they’d been studied before.

Previous papers have found that bed bugs don’t like yellow and white. Part of the study above was to compare each color with a standard color, which was white, to see if they preferred each color to an ‘average’ harborage. What they found was that:

As for how this translates into the real world, that’s not so clear. Many tests like the above one have been done. They all come up with similar results, that bed bugs like red and black, and dislike white.

The issue is that the underside of your mattress is dark anyway. The fact that your sheets are white is less important. To the bed bugs, the area is dark enough for them to be happy.

Where it might affect is when they’re selecting their harborage in the first place. Some bed bugs might see that your sheets are bright white, and try and find somewhere else to live instead.

But as of yet, nobody has tested which kind of sheets bed bugs prefer. It’s possible, even likely, that bed bugs prefer black sheets to white sheets.

The authors of the study stated that yellow and green were the least preferred colors. They may have also been “somewhat repellent to bed bugs.” This effect has been seen in previous studies, too.

The probable reason why is that yellow is a daylight color. It’s bright, and reminiscent of sunlight. Bed bugs do everything they can to avoid sunlight. So, at some deep level, they avoid yellow because it reminds them of the light.

The same applies to green. Bed bugs don’t like green because it’s the color of plants. Bed bugs are indoor pests, so they will avoid going outside or laying their eggs outside.

This is backed up by the fact that other insects dislike yellow and green too. Studies have been done on various other bloodsucking insects such as mosquitoes and sand flies. Both dislike green and yellow. Even regular bugs like houseflies and weevils don’t like these colors.

How to Get Rid of Bed Bugs with Color

It’s unclear how exactly these findings are relevant to the real world. But it’s likely that you could use these facts to your advantage.

You could change the color of your bedding, for example. Having white sheets is a good idea for many reasons:

So, while it’s not clear that white sheets repel bed bugs, they still have advantages. You should, therefore, switch if you haven’t already.

Other Ways to Repel Bed Bugs with Color

The paper describes one more possible way that color could repel bed bugs. The idea is that since bed bugs are attracted to certain colors, you should use those colors in lures.

There are existing lures that people already use. These draw bed bugs in, either by producing warmth or carbon dioxide. To make these traps even more alluring, the scientists suggested making them from a material in a color they like. Red or black would be best.

If you’re thinking of using lures in your home, do. They’re an excellent way to kill lone bed bugs trying to start an infestation in your mattress.

But if you do, pick ones that are the right colors, i.e., red or black. It’s likely that they’ll work better.