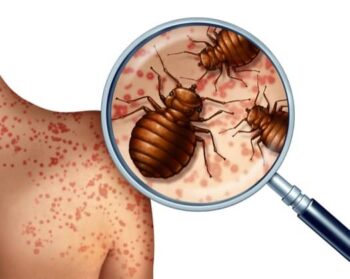 Even though pest species annoy us, there are usually reasons not to wipe them out. Perhaps they form a crucial part of the food chain, and larger animals would die due to their extinction. The question is whether bed bugs are useful or beneficial in some way.

No predators rely on bed bugs as a food source, and they don’t pollinate flowers. Bed bugs don’t do anything but eat, digest, and breed. Philosophically speaking, the only purpose of life is to create offspring, which bed bugs do. There are no drawbacks to making them extinct.

This is even a difficult question to answer for religious people. Bed bugs don’t have any part to play in a ‘grand plan,’ and don’t interact with other species apart from humans. Nothing of value would be lost if humans got rid of bed bugs for good.

What Is the Ecological Purpose of Bed Bugs?

If you’re getting bitten by bed bugs, you could at least console yourself if they were doing something else that’s useful.

With some species we see as pests, they don’t just do bad things. Spiders catch and eat flies. Many fly species pollinate flowers. You could even argue that rats eat waste food and trash.

Do Bed Bugs Have a Purpose?

It’s hard to argue that bed bugs do anything useful, either for us or for other species. There are several things that other pests do, which bed bugs don’t, such as:

Bed bugs don’t do any of these things. They don’t pollinate because they never venture outside. They also aren’t frequently eaten by any other species, even spiders. And since they eat nothing but blood, they don’t feed on other pests.

They never do anything but feed, digest, and produce eggs. Unlike other pests like mosquitoes, the ecosystem around us wouldn’t suffer if bed bugs were gone.

The only thing that you could say is that they encourage you to keep your house tidy. Bed bugs make it necessary to change your sheets regularly, vacuum the home, and get rid of clutter. Aside from that, they don’t have any positive influence.

Are Bed Bugs a Part of the Food Chain?

With pests like flies, we justify not wiping them out because they provide food for other animals. While house flies are irritating, they do at least feed birds, spiders, and other animals. They serve a ‘use’ in that way.

In a sense, all animals are part of the food chain. However, bed bugs enjoy a privileged position. Because they live in secluded places in people’s homes, there’s hardly anything that eats them. The only ones that do are as follows:

The problem is that these animals can’t access bed bugs to eat them. Lizards and birds obviously can’t, because we don’t allow them into our homes.

Spiders and cockroaches can, but they still find it hard to hunt and kill bed bugs because of their proximity to humans and their hidden harborages.

Why Do Bed Bugs Bite People?

Bed bugs feed on blood. They don’t have teeth, lips or a tongue that they could chew anything else with. Instead, they have a long straw like a mosquito called a fascicle. They can only feed through this long straw, meaning that they can’t eat anything but blood.

This is one of the reasons why infestations survive in unoccupied houses.

Where Do Bed Bugs Come From?

Scientists state that bed bugs are evolved from bat bugs. Bat bugs are morphologically the same as bed bugs, minus a few key differences. It’s thought that tens of thousands of years ago, when humans started living in caves, the bat bugs started to feed on us instead.

Over the millennia, bed bugs have changed ever so slightly. Bed bugs have lost the long fringe hairs that bat bugs have on their thorax. However, their overall appearance and behavior are the same.

Bat bugs, at least, serve a purpose. While they feed on bats in the same way that they feed on us, the bats also feed on them. If a bat spots a bat bug, they eat it. That makes them part of the food chain, which makes them useful in a way.

Bed bugs feed on humans, of course, which is the main reason that people hate them. Depending on how you look at it, that’s their sole reason for existing. But do bed bugs do anything else that harms us, like spreading diseases, or causing us to become sick?

It had been thought that bed bugs don’t spread disease. Even though they drink blood, they finish digesting it before they feed again. This means that they never transfer blood from one person to another in the same way that mosquitoes do.

But a study published by the American Society of Tropical Medicine and Hygiene found that they may spread a kind of parasite called Trypanosoma cruzi. This parasite causes a disease called Chagas disease, which can lead to heart failure.

According to the paper above, Chagas disease is usually spread by triatomine bugs, better known as kissing bugs. These bugs feed on blood too, so it’s no surprise that bed bugs can spread the same diseases. The parasite is spread through bug feces.

Chagas disease kills fifty thousand people every year. However, these cases are all due to the kissing bug. It hasn’t yet been determined for sure that bed bugs can transmit these parasites in the wild. The paper above examined bed bugs in a laboratory setting.

As for bacterial and viral infections, bed bugs aren’t known to transmit any.

Do Bed Bugs Make You Ill?

Aside from spreading disease, bed bugs can make you sick just by drinking your blood. If your infestation is big enough, they can actually feed so much that you run low on iron. Anemia can be fatal.

It’s rare that bed bugs can feed enough to make you sick, but it can happen. A paper published in the CMAJ highlighted a case of severe anemia. The man experienced:

The physician performed a blood test to identify what was wrong. While the patient’s hemoglobin level had been 147 g/L 2 months before (within the normal range), it had dropped to 80, which is dangerously low.

It was later discovered that the man had a massive bed bug infestation. There were perhaps thousands in his bedding, and hundreds elsewhere, even dozens climbing on the walls. The man must have experienced hundreds of bites each night, which explained his condition.

What Is the Evolutionary Purpose of Bed Bugs?

Bed bugs don’t have any purpose to exist, whether you take a scientific or religious perspective. To take a simple view, you could say that all animals exist to reproduce. Having children or offspring the purpose which all animals strive for.

A bed bug’s behavior is guided by evolution in many ways. For instance, they eat blood because it’s rich in nutrients. An animal that eats grass has to eat a lot of it to survive. But an animal that eats blood only needs to eat infrequently because of its nutritional value.

Bed bugs also seek out bedding because it’s the easiest place for them to live. They’re hidden there, and therefore unlikely to be found and killed. They’re also very close to you, their host, so they can feed easily.

Their entire lives revolve around creating the next generation. Bed bugs need to feed to produce eggs, for example, and they do so for weeks on end. Their entire adult life is devoted to creating new bed bugs. That’s pretty much the lifecycle of bed bugs in a nutshell.

Why Did God Create Bed Bugs?

If you’re religious, bed bugs are a real test of faith. Why would God create bed bugs if they don’t serve any purpose? There’s no clear reason why.

If you have a view of faith, then bed bugs don’t need a purpose. God created the world in whatever manner he saw fit, and not just in ways that would be convenient for us. It’s the same reason why there are parasites and viruses.

With other pests, like mosquitoes, you could say that they’re part of God’s plan. There have to be mosquitoes and flies so that spiders and birds have something to eat. But if bed bugs were wiped out, it wouldn’t matter, because there aren’t any bed bug-specific predators.

There’s no reason for anything to exist exactly as it does, whether God created it or not. The world is the world, and the animals in it are the animals in it. It’s the same as asking what the meaning of life is. There’s no one objective answer.

Should Bed Bugs Be Exterminated?

If you have bed bugs, you should get rid of them as soon as possible. That applies whether you have just one or two, or you have hundreds.

The smaller an infestation, the easier it will be to kill. Never mind wondering why they exist, just get rid of them.

But because there’s no clear reason for bed bugs to be around, should we try to get rid of them entirely?

Should Humans Wipe Out Bed Bugs?

In the twentieth century, we virtually wiped out bed bugs altogether. For decades, there were hardly any to be found in the western world. Across the United States and Europe, bed bugs were eradicated from almost every home, and even hotels.

Over time, though, bed bugs started to become immune to the pesticides that humans used. That’s why they’re still here today, despite decades of pesticide use.

When people talk about a species becoming extinct, it’s usually a cause for alarm. The fact that wolves became extinct in the U.S., for example, meant that deer populations became too large. This, in turn, ruined many forests, because deer eat sapling trees.

However, no such environmental impact would occur if bed bugs were exterminated. Because bed bugs spend almost all their time indoors, they don’t interact with other animals. This means that there would be no downside whatsoever to getting rid of bed bugs permanently.

5 thoughts on “Why Do Bed Bugs Exist?”