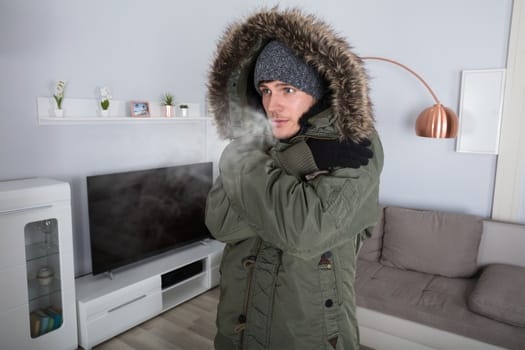 You want to kill bed bugs fast with a DIY method to cut treatment costs. One popular method of getting rid of bed bugs is extremely cold temperatures. If freezing kills bed bugs and eggs, you could put the infested items in the freezer or leave them outside during winter months.

Bed bugs die at temperatures lower than 3 degrees Fahrenheit. Some studies suggest that they die in one hour at 3 degrees; others say it takes several days. Either way, you can freeze bed bugs in the freezer or by leaving them outside. However, this method isn’t foolproof.

Bed bugs (Cimex Lectularius) have become more common in the past decade. That’s why scientists are exploring better ways to eliminate them. Below is everything you need to know about freezing bed bugs, from why freezing hurts them to what temperature will kill them.

Bed bugs are vulnerable to harsh temperature changes. They don’t like it when it gets too cold, or too hot. If it gets cold enough, then they can die, like any other insect or animal.

A paper in the Journal of Economic Entomology called ‘Cold Tolerance of Bed Bugs and Practical Recommendations for Control’ looks at how cool temperatures affect bed bugs.

What she found was that bed bugs are freeze tolerant, but only to an extent. Some insects can resist low temperatures through a process known as supercooling.

This is where their bodies reach temperatures that would typically freeze them solid, but they use physical and chemical tactics to remain unfrozen.

However, bed bugs don’t do this as well as other insects. That’s why they’re so susceptible to cold.

At What Temperature Do Bed Bugs Die?

Olson found that bed bugs die at temperatures lower than 3 degrees. However, it took 80 hours on average for the temperature to finally kill them. This is a lot longer than other studies suggested.

At lower temperatures, the length it takes for them to die becomes shorter. Olson stated that at temperatures lower than -4 degrees Fahrenheit, it took just two days to kill a bed bug.

Other studies, such as one was published in the journal Medical and Veterinary Entomology, have different results. That study found that bed bugs die in just one hour at 4 degrees. Olson also referenced other studies which reported similar findings.

The reason for these discrepancies isn’t clear. The difference could be due to the kind of blood used. The two sources she referenced used rabbit and chicken blood, while Olson’s used human blood. Bed bugs prefer human blood, and perhaps the nutritional difference in food sources had an effect.

Olson also theorizes that the difference may have been because of cooling rate. While each study reached similar temperatures, her method of cooling the bed bugs took longer to cool them down. This more accurately reflected the experience of a bed bug in a freezer like you have at home.

Bed bugs can survive just fine in cold rooms. Unless you lack a heating system, it will never get cold enough in your home to kill bed bugs. It takes temperatures at which you might die to work.

But you don’t have to lower the temperature to something that could kill them. Just by lowering the overall temperature, you can make them bite less often. Here’s why:

A difference of just a few degrees can mean that your infestation becomes less severe. In the cold, it can take them a week or more between feedings. This could give you some much-needed relief.

You could try turning the thermostat down, or using more sheets and blankets on your bed. You could also wear pajamas. This will have a double effect, since the bed bugs will find it harder to access your skin. Bed bugs can’t bite from fabric, such as bed sheets and pajamas.

How Can Bed Bugs Survive the Winter?

Why Do Bed Bugs Die in the Cold?

Bed bugs don’t migrate, because they don’t like going outdoors. They’re freeze-intolerant. This means that they lower their body temperature without allowing themselves to freeze. They can remain unfrozen as low as -6 to -22 degrees Fahrenheit.

This is the temperature at which they freeze solid, despite their best efforts. But the fact that they’re freeze-intolerant doesn’t matter. They still die at low temperatures anyway.

Bed bugs become inactive at around fifty degrees Fahrenheit. They stop scuttling around, they stop feeding, they stop mating, and they stop laying eggs. They find an enclosed space in which to hide, and wait until it’s warmer.

Bed bugs are susceptible to temperatures far above their supercooling point. Any temperature below 8 degrees could be lethal, so long as it’s maintained for long enough.

Do Bed Bugs Bite During Winter?

While bed bugs are less active in colder temperatures, that doesn’t mean they don’t bite during winter. They live indoors. People have the thermostat set higher during the winter to keep warm.

Being indoors during winter, bed bugs keep warm enough to continue feeding, mating and laying eggs. If you were to lower the thermostat, then they would slow down, but not stop biting.

It’s only when you put them outside that the bed bugs might start to suffer. Depending on where you live, the temperature might dip far enough to kill them over winter.

Can Bed Bugs Survive Outside in Winter?

The study above showed that if bed bugs are exposed to temperatures of 3 degrees or less, then eventually die. If the winters are unusually cold, then leaving them outside may kill them.

However, there are issues with this approach:

Leaving things outside during winter isn’t the best approach. But if you can’t afford an exterminator, leaving furniture outdoors during winter might be a good idea. Wrap it in plastic so that the elements don’t damage it.

Do Bed Bug Eggs Die in the Cold?

Bed bug eggs die in the cold just like adults do. Eggs and nymphs (young bed bugs) are slightly less resistant to the cold than adults are.

There are a few reasons why that might be the case:

If you were to freeze your things and kill every bed bug, that’s good. But if several eggs didn’t die, the infestation will start again.

Killing Bed Bugs in a Freezer

How to Kill Bed Bugs in a Freezer

To kill bed bugs in a freezer, bag the infested item and seal the bag before placing it inside. There are two reasons you should bag your items:

There’s not much else you have to do. Just leave the package in your freezer for as long as it takes.

How Long Does It Take to Kill Bed Bugs in a Freezer?

Olson suggests leaving the items in the freezer at a temperature of precisely 0 degrees Fahrenheit. This is lower than necessary.

The lower the temperature, the quicker they’ll die. At 0 degrees they’ll die in a minimum of 3.5 days.

To check whether freezing your items has worked, take the bag out of the freezer after 3.5 days. Take the bag outside and empty it. Shake your items (if applicable) and see if any bed bugs come out. If they’re dead, they won’t be moving. Squash them anyway to make sure.

Don’t take things out of your freezer until the 3.5 days are up. If you do, you stand the chance of accidentally letting some out. If you seal the bag or box properly, then this shouldn’t be a problem.

What Are the Disadvantages of Freezing Bed Bugs in the Freezer?

Here are some reasons not to freeze bed bugs in the freezer:

Freezing bed bugs with CO2 isn’t a new idea. It’s a method that some pest controllers use. It isn’t anywhere near as widespread as pesticides or heat treatment, however.

The industry leader, Cryonite, manufacture a kit that can be purchased online. It costs several thousand dollars, which is perhaps why it’s not widely used. It’s a simple kit that comes with a tank on wheels and a long applicator with a trigger.

There are several upsides to using supercool CO2 to kill bed bugs. It’s entirely safe, since no pesticides or harmful chemicals are involved. It’s also environmentally friendly, since the carbon dioxide that’s used is typically recycled.

Can You Kill Bed Bugs with CO2?

If you want to kill bed bugs with dry ice, the idea isn’t to freeze them to death. The point is to starve them of oxygen. According to the Journal of Medical Entomology, bed bugs are susceptible to CO2 concentrations of 30% over 8 hours.

There’s a specific approach required for killing bed bugs with dry ice. Take a plastic box with a lid that seals shut. Place the items you want to fumigate inside, and leave the dry ice in there with them. Then, leave the box for at least a day, preferably longer. Experiment to see what works.

However, there are a few drawbacks to using CO2 to kill bed bugs.

It’s far better to use heat to kill bed bugs than cold temperatures. It’s easier to reach temperatures too hot for bed bugs.

Reaching temperatures that are too cold for bed bugs isn’t possible with AC. But hot temperatures are attainable with powerful heaters.

Another reason why you should consider using heat instead of cold is speed. When you raise the temperature to 122 degrees, or higher, bed bugs die within minutes. This is much faster than putting them in the freezer, which takes days.

There are also certain items that should be heated rather than frozen. It makes much more sense to wash and dry clothes at lethal temperatures rather than freezing them. You could freeze a shirt, but there’s no reason not just to wash it.

1 thought on “Does Freezing Kill Bed Bugs and Eggs?”