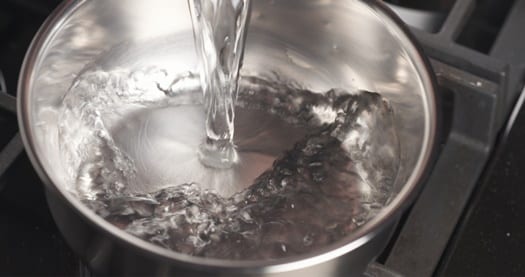 Anyone with parasitic pests wants to find DIY bed bug treatment that works quickly and easily. Having them killed is expensive and time-consuming. If bed bugs drown in water, then that could be the cheapest way to kill them.

Bed bugs do drown because they don’t know how to swim. They don’t instinctually know how because they never encounter water in their natural environment. When placed in water, a bed bug will struggle until it eventually dies. It can’t keep its body out of the water, meaning it can’t breathe.

You can drown bed bugs in a glass, or a bed bug interceptor. Or, you can throw them down the sink. But there are more effective treatment methods you should consider first.

Can Bed Bugs Swim in Water?

Bed bugs can’t swim. When placed in even a small amount of water, a bed bug will drown. You can use this to your advantage in your bed bug control tactics.

When they get into some water, bed bugs float on the top. They are light enough that they don’t break the water’s surface. In that way, they’re the same as many other bugs. They also have small amounts of air in their bodies from breathing.

Bed bugs cannot propel themselves to safety. They can’t coordinate themselves and push/swim in a particular direction. That’s partly because of the shape of their bodies.

Other bugs of similar size that can swim tend to have longer legs. With longer legs, they maintain some distance between their body and the water. This allows them to breathe safely and without struggling.

Bed bugs don’t have mouths and lungs like humans. Instead they ‘inhale’ air through pores around their body. They take in small amounts of air through these pores, and it circulates throughout their system.

When a bug that breathes this way is in water, these pores can’t absorb air. They can’t breathe, at least through any part of their body that touches the water.

Bed bugs have short legs that are better for crawling and climbing. Their bodies maintain contact with the water. They can’t breathe and will struggle to get out. Eventually, they take in water and die.

Do Bed Bugs Die in the Shower?

Bed bugs may die in the shower if placed there. They aren’t allergic to water, so contact with water won’t kill them. They need to be suspended in water to drown.

Whether this would happen or not in a shower is unclear. The water may drain away too fast for the bug to drown. They may escape to somewhere that they aren’t sitting in water.

This is a moot point, however. You won’t ever get bed bugs in your shower. They will never go there of their own accord. They prefer places that are close to their host when they sleep. They only feed at night.

And because bed bugs don’t live on you or hide on your body, you won’t take them there. Bed bugs don’t live in hair. They don’t bite and stay in place in the same way that other pests do. Instead, they feed for ten minutes or so before hiding again.

You’ll never find a bed bug in a shower. And if you take one there to kill it, you’re wasting your time. There are much more efficient ways to kill them (including squashing them there and then).

Bed bugs can’t swim because they aren’t adapted to do so. Many bugs are adapted to swim, which you find in nature. They usually live on still water, like ponds.

Other bugs can float until they get to safety. If a fly, bee, or wasp lands on the water by accident, it can still survive. It struggles until it reaches something that’s floating, and climbs aboard to escape.

Bed bugs evolved from bugs that lived in caves, and fed on bats. In this environment, the bugs never encountered water they would need to swim through. They hid in cracks in the walls of the caves, near where the bats roosted.

Today’s bed bugs solely live indoors. They never venture outside and can’t be found in the grass, unless they’re accidentally taken there. Rather, they spend all their lives in secluded indoor areas, e.g. under your mattress. Here, they never encounter water.

Bed bugs don’t have any natural instincts when it comes to water. In that way, they’re like people. But they also aren’t smart enough to learn in the same way that humans can.

Can You Kill Bed Bugs with Water?

Much depends on the method you use. As bed bugs die in the shower, for example, you can kill them by putting them in there. But that isn’t an effective use of your time.

You can’t kill bed bugs with water by spraying them. Bed bug sprays work by leaving residual pesticides on a surface. When the bed bug walks over them, it picks up some pesticide, and eventually dies. Water won’t do this.

You could try spraying a bed bug directly with water. But this won’t kill it. The bug will scurry off and find somewhere to hide, brushing the water off in the process.

So, spraying with water doesn’t work. But that doesn’t mean you can’t use water in other ways.

How to Drown a Bed Bug

Bed bug interceptors fit around the feet of your bed. They allow bed bugs to climb inside, but the inside is too smooth for them to climb out again.

You can fill these interceptors with a small amount of water. If you put enough, the bed bugs will fall inside and drown. This will effectively kill any bed bugs that try to reach you from around the room.

If you find a bed bug and want to kill it without squashing it, use water. Half-fill a cup with water and put the bed bug inside. It will drown. Wash the cup afterwards, because bed bugs feed on blood, and you don’t want to infect your cup.

Should You Drown Bed Bugs?

Drowning bed bugs is an ineffective method of bed bug control. There are several reasons why.

It’s far better to use a bed bug treatment method that is residual. A pesticide is sprayed once, but kills bed bugs for weeks afterwards. During this time, you don’t have to worry about doing anything.

Residual methods also prevent any new infestations from forming. This is a bonus that drowning doesn’t have.

Better yet is a method that you can use to kill all bed bugs immediately. Heat treatment does that. When the temperature gets high enough, all the bed bugs and all their eggs will die.

Heat treatment isn’t residual, but if performed correctly, it kills all bed bugs straight away. A pest controller will heat your apartment/house to 140 degrees or more. According to the journal Insects, at this temperature, every bed bug and egg will die.

You could also consider using handheld spray, or DIY bed bug treatment methods. Most are better than trying to drown them.

Can Bed Bugs Survive in the Washing Machine?

These three factors, plus the long period of time the bed bugs are inside, mean a washing cycle is fatal. This is an effective way to kill bed bugs in clothes or bedding (or anything else launderable).